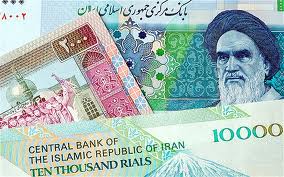 Iranian businessmen, acting on behalf of their government, are quietly purchasing interests in financial institutions in Asia, and other regions, for the sole purpose of acquiring the ability to engage in international finance, doing an end run around existing sanctions pending against Iran. We have previously discussed the fact that there are five Iranian-controlled financial institutions in Malaysia, but that is only one faced of Iranian banking ambitions.

Iran is either already in, or has arrangements pending, to either purchase outright, or invest in, banks located in:

The usefulness to Iran, of the control of a financial institution in a third country cannot be overestimated. Goods can be ordered and shipped to that country, but the destination changed to Iran, while the cargo is en route on the high seas. Dual-purpose goods,  those that have parallel applications in Iran's illegal WMD and ballistic missile programs, can be safely ordered, as the seller believes that they are destined for a non-sanctioned end user. Payments for sanctioned Iranian oil can be quietly routed through other jurisdictions. The sanctions evasion potential is unlimited.

While it is premature to consider raising the Country Risk levels in Azerbaijan and Armenia, compliance officers would be well advised to confirm ownership of any bank in those countries that has recently changed hands, before engaging in any transfers of large amounts of funds. I have already recommended that you raise Country Risk for Malaysia.