WHEN WILL HEZBOLLAH'S NEWLY-ACQUIRED CHEMICAL WEAPONS END UP IN VENEZUELA ? 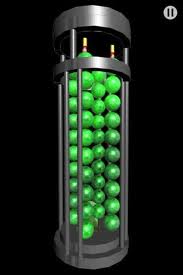 The undue diplomatic delay in the Syrian chemical weapons negotiation has, unfortunately, resulted in some serious consequences for the United States. Multiple sources have stated that the Assad regime has already transferred control of some of its chemical weapons caches to Hezbollah, which intends to store it on both sides of the frontier with Lebanon, especially in the Bekaa Valley. Some of the transfers were reportedly made before the current crisis over Syria's use of those weapons on her own civilian population took on diplomatic, rather than military, dimensions.

Given the established pipeline, between the Middle East and Hezbollah's Venezuelan  regional operations center, aerial delivery of a portion of the acquired ton of VX nerve gas to Latin America this month becomes a distinct possibility. Since the United States is woefully unprepared for any chemical weapons attack, Hezbollah's possession of chemical weapons, and its ability to deliver them to its cadre in Latin America, makes it a clear and present danger to the United States.

This turn of events may finally shake up the United States Government, which has, for the most part, taken no action to counter the Hezbollah buildup in Venezuela and Panama.
Posted by Kenneth Rijock at Saturday, September 14, 2013