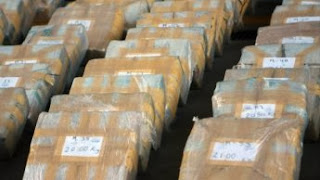 The seizure of 1.4 metric tons of cocaine, which arrived in Paris, from Caracas, on an Air France airliner, should put to rest all questions concerning the extent of government-supported drug trafficking in the Bolivarian Republic of Venezuela. Arrested were a Venezuelan National Guard officer, and two non-commissioned officers, two UK, and two Italian nationals; a reliable source reported that some of the participants were from the Middle East.

The drugs were placed within 30 suitcases, marked with the names of individuals who were not on the flight manifest. Some of the drugs were allowed to leave the airport, and were interdicted en route to Luxembourg. The fact such a huge cache of narcotics was allowed to enter the airport, and be loaded, with bogus name tags, on an international flight, should remove any illusions you may have about the Government of Venezuela. Any counter-drug programs that it has are only window dressing, and are totally ineffective, on purpose.


Facilitating narcotics shipments represents significant income for the Maduro Regime, and its military, and law enforcement, is actively involved in the international transport of drugs, into and through, Venezuela, on its way to North America and Europe. The Venezuelan National  Guard is said by most observers to be heavily involved in the transshipments.

As I have said before, you do not want to be doing business with Venezuela; the risk is far too high, and corruption is out of control.