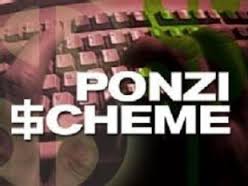 Two Florida lawyers, who allegedly assisted Fort Lauderdale attorney & master Ponzi schemer, Scott Rothstein, have been indicted in Federal Court, for reportedly contributing to the success of the $1.4bn scheme. Douglas Bates and Christina Kitterman, who face Wire Fraud charges, have ben accused of misleading investors in Rothstein's bogus program, where the victims thought they were investing in confidential legal settlements of sexual harassment, employee discrimination, and  whistleblower lawsuits.

Kitterman, it is alleged, impersonated a Florida Bar official, and falsely told investors that the state bar had frozen Rothstein's accounts, making it impossible for him to pay them, purportedly due to investor complaints. None of this was true, and it allowed Rothstein to buy time with impatient victims, who were expecting payment.

Bates reportedly had a much larger role in the fraud. He falsely advised some of Rothstein's investors that he had referred major cases to him, and he also wrote a bogus opinion letter (opinion of counsel), to assist Rothstein in obtaining money from additional victims. Finally, it is claimed that he aided Rothstein in a scheme designed to obtain $57m out of a wealthy investor.

These offenses go beyond merely zealous advocacy a client; they were well-planned misrepresentations of material facts, and the victims relied upon them to their detriment. When demanding, clients ask you to break the law on their behalf, it is time to move on. Otherwise, you can find yourself embroiled in a massive Ponzi scheme like the Rothstein case, where long prison time is the usual outcome. No matter how you justify it to yourself, it is plan wrong to represent any financial criminal, for, as happened here, the moment he gets arrested, he gives up any lawyers who helped him in his crime. Therefore, stay out of any grey area, when representing a client who breaks the rules, and the law. Otherwise, you will pay the price.