WHY ARE FOREIGN BANKS LEAVING PANAMA ? 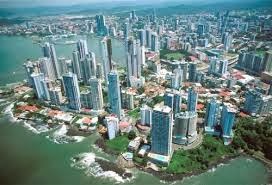 Are foreign banks exiting the Republic of Panama because of FATCA, or for some other reason ? In recent months, we have seen the sale of certain foreign banks, and the announced closure of others. I have difficulty believing that the motivating factor is the onset of FATCA, as they could simply close all their accounts of American citizens or residents; There's something more to this.

Are foreign banks leaving because they fear that Panama's future will not be as bright as its government has predicted ? Or because they are concerned about the retreat from democracy and neglect of the rule of law that seems to be the order of the day in Panama City ? Whatever it is, possible political turmoil in the future, new and probably unwanted attention, directed by international law enforcement at the financial community, or some reason to rise risk levels to a point where further bank operation is deemed dangerous, we need to watch Panama closely for signs of trouble.
Posted by Kenneth Rijock at Tuesday, September 24, 2013