WHO WILL BE THE NEW SOURCE OF CASH FOR HAMAS ? JORDAN ? 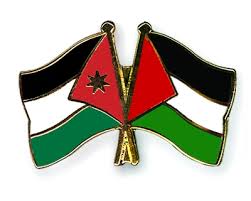 The new military-run government in Egypt has destroyed or collapsed most of the smuggling tunnels that Hamas has been using covertly import contraband, including currency, into the Palestinian territory of Gaza. Egypt is now considering the creation of an exclusion zone, or no man's land, on its frontier with Gaza, which will essentially be the end of the organized smuggling tunnels into Gaza.

The net result has been a major decline in both smuggled goods, as well as income that Hamas derives from the illicit commerce, in which all good are taxed. Bulk currency also cannot now discreetly enter Gaza.

Where will Hamas get the currency it needs to pay its huge number of governmental officials ? it already reportedly has had to reduce their monthly take-home pay. Where is this money to come from ?

We saw a possible answer today. Israeli news carried the story of a number of Palestinians in Jerusalem who were charged with operating a underground Hamas cell there. one of the defendants, who was also charged with money laundering for a terrorist organization, apparently funded the group's activities through merchants located in Jordan, who sent funds to Hamas agents in Jerusalem.

Logistically, Hamas could help finance its activities in Gaza through Jordan's legitimate international trade with the West Bank and Jerusalem. How the cash would be transmitted thereafter into Gaza I would not venture a guess, except that bulk cash smuggling is generally difficult to stop, when there is a determined organization involved. I wonder if any Jordanian banks have had new, and urgent, requests this week for large quantities of bulk cash, including US Dollars. As an ally of the United States, and a country with low-levels of Country Risk, I am sure that there are a number of American banks who will ship bulk currency without question.