AL-QAEDA HAS A BUSINESS OFFICE IN THE REPUBLIC OF PANAMA 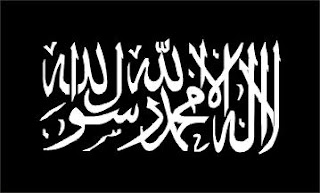 Readers who were disturbed by last week's article on Hezbollah Latin America's financial operations in Latin America, where I disclosed that the designated terrorist organization has an office in Panama City; they're not the only ones. Al-Qaeda also has a "representative office" in the republic of Panama, where it avails itself of Panama's 'don't ask, don't tell' international banks. Considering that Al-Qaeda is considered a primary terrorist threat to the Continental United States, one wonders why that office has not been a target.

Why does this office still exist ? Is there some sort of "hands-off" arrangement between the governments of the United States and the Republic of Panama on local terrorists, or has Panama simply failed to cooperate with the US ? It is most likely the latter, for readers of this blog are well aware of the powerful Syrian organized crime organization operating in Panama, seemingly immune from any local law enforcement interference.

The last someone was convicted of money laundering in Panama was so long ago that I cannot remember the details. So why should it be any different with terrorist financiers ?
Posted by Kenneth Rijock at Friday, September 06, 2013