MEXICO'S GULF CARTEL TAKES A PAGE FROM THE HEZBOLLAH PLAYBOOK

When I served in the Vietnam War, we called it "Winning Hearts and Minds," actions that result in gaining the trust and support from the people, and extinguishing their sympathies, and ties, with your adversary. The technique involves rendering assistance to the civilian population in your conflict, especially when they are in great need.

The specially-designated global terrorist organization, Hezbollah, has, with its many civil assistance programs, won over much of the Lebanese people, and this week we see that Mexico's Gulf Cartel has adopted similar tactics, in the aftermath of widespread destruction and loss of life, due to a natural disaster in that country, Hurricane Ingrid.

A delivery, by a caravan carrying several tons of food, was allegedly sponsored and conducted by the Gulf Cartel, and delivered by it to the stricken area, north of the Mexican town of Tampico. The Mexican Government reportedly has not rendered any assistance.

In this era of instant media, a video purporting to show the delivery of supplied has been widely circulating on the Internet, complete with musical score, and a forceful political message that verges on propaganda. It could play well with the Mexican public.

When narcotrafficantes engage in conduct that wins over the civilian population, they can expand their reach, frustrate law enforcement efforts, and create areas of influence; this is disturbing, to say the least. 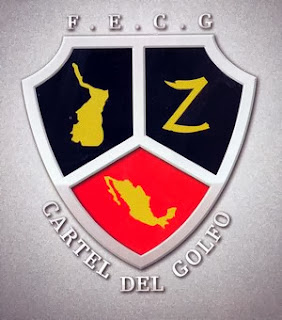