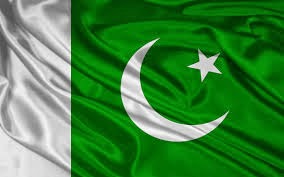 This week's natural disaster in Pakistan, already with 400 estimated dead, will spawn extensive international charitable relief action. While most of it will be bona fide, there may be a few bogus "charities" sending funds. or goods, whose end users will not be earthquake victims, but terrorist organizations.

Watch carefully any unknown charity, or charitable organization with a name deceptively similar to one of the reputable ones, or even newly-formed entities, for disguised payments to designated terrorist organizations, payable through fronts. In the chaos post-disaster, the last thing anyone is thinking about is terrorist financing. Do not make that mistake.

Vet any charitable organization not known to you or your associates, lest you end up under investigation for sending funds to a radical Islamic organization on the sanctions list. Is the recipient well-known as a facilitator of charitable relief ? Could it be a thinly-constructed front for terrorists ? Enhanced Due Diligence is the order of the day, and ignore the sender's pleas for immediate clearance, for the sake of the victims, lest you become a victim of a different sort.
Posted by Kenneth Rijock at Wednesday, September 25, 2013