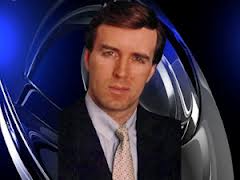 Claudio Osorio, the high-profile Venezuelan businessman who took in $40m from investors, and qualified to receive an additional $10m from the United States, was sentenced today, in US District Court in Miami, to  twelve and one-half  years in Federal Prison. He promised investors that his company would build 500 homes in Haiti, and proposed to construct additional low-cost homes in other developing countries, but failed to produce, and made repeated misrepresentations of material facts, including false bank statements, in what was in essence a Ponzi scheme gone sour.

The case received a large amount of media attention, due to Osorio's fundraising activities on behalf of candidates for President of the United States.. His company reportedly never even broke ground in Haiti, and the defendant allegedly moved all the investors' money to the Cayman Islands. The court-appointed trustee has stated that he is unable to recover any funds from accounts there; the money is believed to have been spent.

Several years ago, a former Venezuelan government official, of cabinet rank,  living in Miami, warned that Osorio's business model was a fraud, but unfortunately, nobody was listening, least of all the investors, whose $40m will probably never be recovered. The word for the day : Due Diligence.
Posted by Kenneth Rijock at Wednesday, September 18, 2013