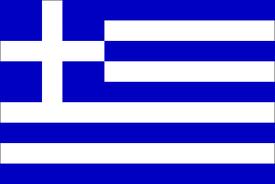 On Monday, depositors withdrew €700m ($894m) from Greek banks. Where all the cash taken out recently will go is unknown, but I wager that much of it will become flight capital, to be deposited at EU banks elsewhere in Europe. This present interesting opportunities for European money launderers seeking to place cash from narcotics trafficking. Remember, money launderers are always looking for targets of opportunity, new avenues through which they can move dirty cash into mainstream financial institutions. 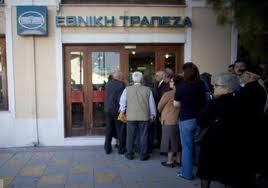 If I was a money launderer today, working for a major trafficking organisation, I may seek to take advantage of the teetering Greek economy through one or more of the following schemes:

(1) Claiming to be a wealthy expat living in Greece, the laundryman opens a Euro account as an EU bank, seeking to exploit the news about the Greek turmoil, explaining that he was forced to close his business, clean out his accounts, and leave the country. He may also use a Greek national as a front.

(2) Since the domestic banking system appear to be extremely chaotic, the laundryman purchases a shelf company, opens accounts in Greece,  smurfs cash deposits into a number of accounts, consolidates them into one, and wires the funds out, relying upon the fact that all the bank's staff is inundated with work, understands if clients want to move money overseas, and in general is far to stressed out, and tired. to perform any decent AML compliance.

(3) Exchanges the drug cash in Athens for rare postage stamps, rare coins, precious metals,  rare art and antiques, and anything else that is extremely portable, trading upon the fear of economic collapse, tax cheating occurring in  these type of shoppes, and the general economic malaise, to have sellers look other other way in the transactions. The alternate items of value are then shipped to the country of origin of the narcotics trafficking organisation. 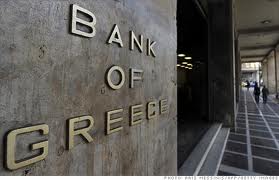 Money launderers always thrive during difficult times; they understand that compliance processes are often truncated, or even overlooked altogether, by financial institutions, when there are major problems inside, and outside, the bank. Remember that the next time you are asked to handle funds coming from an unstable jurisdiction.