WHY IS VIKTOR BOUT BEING SENT TO SUPERMAX PRISON ? 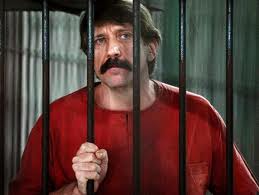 Disregarding the recommendations* of the sentencing judge, that he serve his sentence in the New York City Metropolitan Area, the Federal Bureau of Prisons this week is about to move convicted arms trafficker Viktor Bout to the most restrictive prison in the United States. Popularly known as "Supermax," it is the Alternative Maximum Facility (ADX) Florence, Colorado, home to Al-Qaeda terrorists, gang leaders, organised crime kingpins, escape risks, and individuals convicted of treason. It is believed to be escape-proof.

Bout, who is serving a 25 year sentence* for attempting to sell arms, including missiles, to the FARC, for use against US officials and military in Colombia, has appealed his conviction. It is assumed that the judge recommended that he remain in the New York area, so that he could confer with his attorneys during the pendency of his appeal.

The judge removed him from pre-trial solitary confinement, ruling** that he did not present a danger in General Inmate Population, and was critical of the Bureau of Prisons for placing him there for an extended period, given that he was confined under substandard conditions whilst fighting extradition in Thailand. 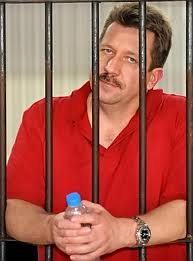 So, the question arises: why is the Bureau of Prisons treating Viktor Bout like a dangerous terrorist, when the judge found otherwise, and placing him in Supermax ? It has enraged government officials in Russia, who have stated that the case was purely political, and that he was entrapped by agents of the DEA. Is the United States making some sort of statement to Mr. Putin and the Government of Russia ? More likely, the US Government does not want Bout to disclose to other inmates certain covert activities that he performed on its behalf, and that might now embarrass America's intelligence community.