DOES CHAVEZ HAVE ONLY TEN DAYS TO LIVE ? 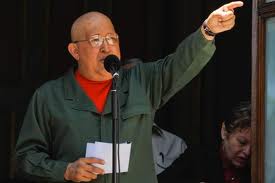 Reliable sources inside Venezuela, quoting from information received from Cuba, where President Hugo Chavez Frias is undergoing intensive treatment for what has been described as terminal cancer, are stating that the president is expected to die during the month of May. He will therefore not survive long enough to see the national elections in the Fall.

Chavez' pelvis, apparently weakened by the spread of cancer, has reportedly fractured. The Venezuelan president has been on a revolving door to trips to Cuba for medical treatment. Should Chavez expire, most observers fear a major power struggle in Venezuela. The groups believed to factor in what could deteriorate into a civil war include;

(1) The hardcore socialist elements the government. These senior leaders, many of whom are closely allied with their opposite numbers in Cuba, are expected to make a move to take power, using any means available. They can rely upon the tens of thousands of Cuban "advisers" on the ground in Venezuela, who presently actually run many government agencies. (2) The Venezuelan armed forces. There are serious divisions within the military, and a coup attempt, from any quarter, is possible, which could result in a civil war. Elements of the National Guard that are engaged in primarily narcotics trafficking will also pose a threat to stability post-Chavez. 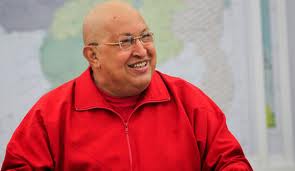 (3) Elements in the government and business community whose primary aim is not political, but acting for monetary gain, through bribes and kickbacks to corrupt senior government officials, and "sweetheart" government contracts that are extremely lucrative.

What will happen in Venezuela ? We cannot say, but we will be reporting on all developments as they occur.