CHAVEZ IS IN A HYPERBARIC CHAMBER IN CUBA 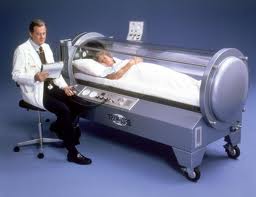 Why has Venezuelan President Hugo Chavez Frias been unavailable to the press whilst he is treated in Cuba ? Reliable sources inside Venezuela have advised that Chavez,  reportedly suffering from  advanced cancer, has been using a Hyperbaric Oxygen Chamber, each day, for hours at a time. He has taken to sleeping in the chamber, according to witnesses who have been to Cuba. 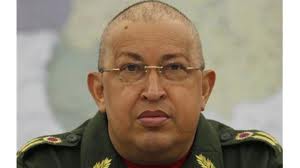 This therapy, which funnels large amount of oxygen to the patient, is often used to treat wounds that will not heal. Chavez is alleged to have an open hole in his side, at his pelvis, either as the result of his cancer, or the unsuccessful radiation therapy treatment.

He is not expected to live long enough to run in this Fall's presidential election, and some experts believe he will pass away this month, leaving as his legacy a ruined Venezuelan economy, where the population suffers from major shortages of food and other necessities, and a number of contenders jockeying for the right to be the presidential replacement. Is a civil war coming ? Are you kidding ? 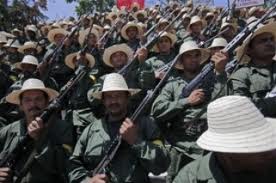 What about the tens of thousand of  Cuban "advisers" and local militiamen, armed to the teeth by Chavez ? Do not expect a happy ending here, just a descent into chaos. 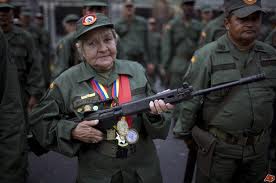