SHOULD PANAMA BE DESIGNATED A STATE SPONSOR OF TERRORISM ?

Panama is buzzing with the backstory behind last October's imposition of Weapons of Mass Destruction Proliferators OFAC sanctions* against six Panamanian corporations, which have reportedly now been stricken from the registry of corporations by the Government of Panama. It's not about the companies, which were attempts to crate fronts to evade international maritime sanctions against Iran's government-controlled shipping line, IRISL, it is all about the cast of Panamanian professionals and politicians  who were the organisers and facilitators creating those companies. Is this was Panama has come to now, a facilitator of WMD activities ? Isn't that the definition of state-sponsored terrorism ?

Now what's NOT in the OFAC SDN information regarding those sanctioned companies, all of whom listed their offices on the 14th floor of Torre Banesco in the Ocean Business Plaza Building.

(A) Who were the clients who requested that these companies be formed ? Certain Venezuelan nationals of Lebanese descent, working for the Government of Iran.

(B) How did these companies pass a Due Diligence check by the Ministry of Commerce and Industry ?  Perhaps because the Minister, Ricardo Quijano, personally approved them. Someone should ask him about how he could approve obvious fronts. One might also want to look closely at the minister's Venezuelan son-in-law,  Pedro José Rojaswho not only owns a Panamanian Financiera, but is responsible for issuing Mastercards to Lebanese nationals in Venezuela. That is a primary money laundering vehicle which is employed to clean illicit dollars.

(C) Who were the lawyers who formed these companies ? The Law Firm of Veleiro, Mihalitsianos & de la Espriella.  These lawyers are closely connected to Panamanian President Martinelli, as well as his sons Enrique and Ricardo junior, and are directors of companies controlled by the sons. One of the lawyers, a dual US-Panamanian citizen, actually was a former aide to US Speaker of the House John Boehner.

(D) Who were the original directors and bearer shareholders of these front companies ? VM & E of course. They immediately resigned their directorships upon learning of the OFAC sanctions. How thoughtful of them. Haven't they ever heard of Know your Client ?

Did President Martinelli approve the formation of these companies ? How else did they get approval to open and operate bank accounts at Global Bank,  which Martinelli reportedly owns and controls. 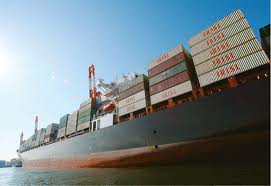 Is it not time to aggregate all the Hizbollah, FARC, Hamas, MEK,  and IRGC operations that are not only allowed to flourish in the Republic of Panama, but are facilitated and encouraged, for profit, and consider Panama a de facto State Sponsor of Terrorism ? The government simply does not care to suppress either the activities of terrorist training camps, or their money launderers and fundraisers who work in Panama.


Don't wait for the United States to make that pronouncement (for I am sure that certain US intelligence services still find Panama the perfect money laundering venue for their own sordid activities), but consider all Panamanian contacts high-risk until proven otherwise through Enhanced Due Diligence. To do otherwise, you expose your bank, and perhaps yourself, to potential terrorist financiers.