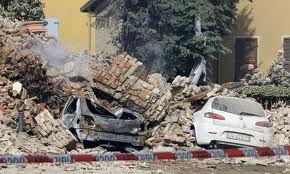 This week's deadly earthquake in northeast Italy, which has resulted in at least 16 deaths and over 200 injuries, at last count, registered 5.8 on the Richter Magnitude Scale. A previous earthquake hit the area on 20 May, and there were reportedly hundreds of tremors recorded after that event. 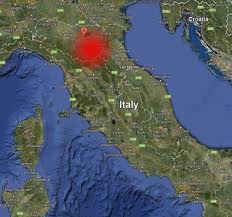 Compliance officers should always be mindful that creative money launderers, working for narcotics trafficking organisations, often exploit major disasters to move illicit profits. They know that charitable donations to aid quake victims are rarely examined, and that a properly set up bogus charity or nonprofit, acting in the immediate aftermath of a disaster, would be able to send illicit funds into an affected area, and then divert them in a manner that would ensure a successful outcome.

Therefore, since Afghan heroin being imported by traditional Italian organised crime groups, and then sold in Western Europe, resulting in illicit proceeds that need to be returned to Italy, if I was still in the money laundering business, and if I was working for the Mafia, I would certainly be tempted to repatriate my client's profits through purported earthquake relief payments.
Posted by Kenneth Rijock at Wednesday, May 30, 2012