THE EXCESS PROFITS TAX IS COMING TO VENEZUELA'S BANKERS 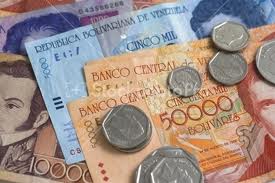 If you paid attention to the professor in Economics class, you may recall a lecture on the Excess Profits Tax, also known as the Windfall Profits Tax, which is a corporate tax levied upon profits above a certain level. It has been enacted by national governments to claw back excess profits enjoyed during wartime production, or when demand outstripped supply to such an extent that prices skyrocketed to an astronomical level.

Excess Profits Taxes, which have been known to be as high as 95% of all profits over normal levels, are a method for governments to recover, for their population and national treasuries, obscene profits. When the next democratic government takes office in Venezuela, you can expect to see such a tax imposed upon those financial institutions, and their principal owners, for all the excess profits they have derived from exceptionally favourable arrangements that they have had with the Chavez government, in official contracts, and in their financial relationships.

This highly effective tax, which will effectively return wealth that rightfully belongs to the people of Venezuela, and the National Treasury, has been proposed by Venezuelan opposition leader, and former Anti-Drug Czar, Thor Halvorssen Hellum. Sr. Halvorssen, who was also a member of the Venezuelan diplomatic corps in a previous government, argues that the disgorgement of excess and illegal profits is the only way to secure economic justice for Venezuela, whose national wealth has been plundered by the so-called Bolivarian Elite, which includes those bankers close to the Chavez Government. He says the money is needed to rebuild Venezuela.


Ambassador Halvorssen is eminently correct; Venezuela will require massive repairs from the damages to infrastructure, the oil industry, the environment, and the private sector, wrought by the Chavez regime since 1999, and an Excess Profits Tax is a just and equitable way to fund it. 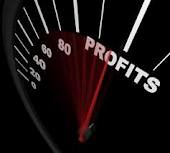 Also, since a large portion of those excess profits have been transferred out of Venezuela, assets of the Bolivarian bankers in other countries will be targeted to pay the tax assessments, which could be in the billions for some financial institutions and their principal shareholders. If, for the sake of argument, I were in the (theoretical) Office of Revenue Recovery for the next democratic Minister of the Treasury, the first three candidates for a new 2013 Excess Profits Tax would probably be:

I wonder how many Venezuelan bankers (and their lawyers) will go on the Internet tonight to see how the Excess Profits Tax might affect them, how it has been applied historically in the United States, and elsewhere, and to learn how little room there is to maneuver when it is assessed against you or your business; Happy landings, Bolivarian Elite.