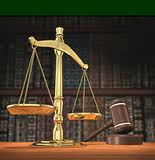 Even minor players in a Ponzi scheme often find themselves looking at substantial  prison time, especially when that scheme involves individuals who create counterfeit court documents to mislead investors, and seek to curry political favour through illegal campaign contributions. Judges do not like it when lawyers game the system for material gain, and everyone involved generally ends up in the criminal justice system,  and receives an adjudication of guilt, even those who are sentenced to Probation.

A non-equity partner in the law firm that perpetrated the massive $1.4bn Ponzi scheme, utilising bogus court settlements to bring in investors, has entered a plea of guilty in US District Court* in Fort Lauderdale. Steven Lippman, of the defunct Rothstein Rosenfeldt Adler firm, violated Federal Election laws when he made presidential campaign contributions, secretly on Scott Rothstein's behalf, to increase Rothstein's political power and influence. An Information was filed in the case, which usually indicates cooperation. Will Lippman be testifying against other Rothstein Rosenfeldt partners ? Probably so. 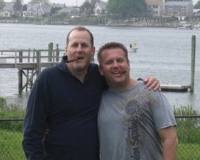 Lippman, is facing a maximum five year sentence; his sentencing has been scheduled for 14 September. In addition to the lawyers, the Rothstein case has even resulted in convictions of some of the Rothstein Rosenfeldt Adler support staff: