This is NOT a United Parcel Services delivery vehicle; it merely posed as one, with the intention of circumventing US law enforcement at the Mexico-US frontier, conducted by human smugglers. Unfortunately for the individuals who were running this operation, they failed to remember the one critical element which is mandatory when criminal pose as legitimate businessmen: Attention to Detail.

The UPS logo at the rear of the van was crooked; inside Federal agents found thirteen Mexican nationals, who were being smuggled into the United States. Those misspellings and incorrectly placed logos or designs will trip up the criminals every time. 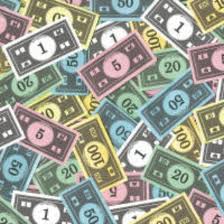 Human smugglers have been using what appear to be legitimate commercial or government vehicles of late, in numerous cross-border operations. They have used bogus California Highway Patrol and Imperial Irrigation District vehicles, and even tried one time to dress illegals up in full uniform, with regulation haircuts, as US Marines. Unfortunately for the driver, the government agent was a former Marine, and he was asked for the date of the Marine Corps birthday. (he failed)

The lesson here for compliance officers is that these guys are simply imitating what money launderers have been doing successfully for years in the Continental United States: using commercial vehicles to artfully conceal bulk cash headed north or south, to our national borders.

The difference is, money launderers actually form real, operating businesses that involve transport. Those vehicles will survive a cursory check, and much more. They may really be carrying antiques, classic automobiles, food or beverages, or other bulk goods. Many money launderers make sure that their vehicles are on bona fide deliveries, with real goods on board. The cash is just secreted in a clever manner. Money launderers hauling millions of dollars of narco-profits will not, I assure you, have misspellings on their truck or van.