This week's  Hezbollah observance of the success of the reconstruction of the southern Beirut suburb of Dahiyeh, the predominantly Shia district that suffered major damage during the 2006 conflict between Hezbollah and Israel, should be an abject lesson in risk for compliance officers. The up to $25,000 in cash that Hezbollah very publicly passed out to homeowners was believed by most to have come directly from Iran. The truth is somewhat different, and therein lies a tale.

According to the pilots who delivered the greenbacks, the cash all came via private jet from Venezuela, on the direct orders of President Hugo Chavez Frias. The aircraft who brought the cash were all owned by Petrolós de Venezuela (PdVSA), Venezuela's government oil monopoly. Whilst the origin of the physical cash is not know, PdVSA is paid for oil sold in international markets in US Dollars. The flight plan involved a route from Venezuela to Syria, and the money was then carried on surface transport into Lebanon, through areas controlled by Hezbollah. 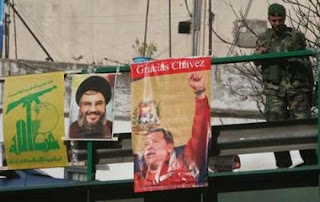 Chavez with Nasrallah and Hezbollah flag

In gratitude for the provenance of the cash, giant billboard signs later appeared in the Shite-controlled areas of Lebanon, thanking Chavez for his generosity. Also, two Lebanese restaurant names were changed to reflect Chavez' name. Whilst this was widely publicised in Lebanon, the Western press ignored it. 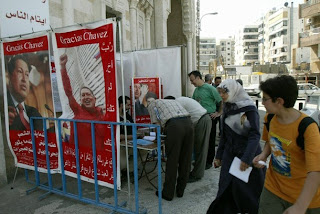 One wonders how many US banks honoured a request from Venezuelan financial institutions for large amounts of dollars, for PdVSA, not knowing that the cash was destined for a Specially Designated Global Terrorist organisation. What if one of the Venezuelan pilot disclosed where the cash came from, and where it ended up ? Do not the US banks that played a role have a duty to enquire about the extraordinary amount of cash that was requested of them ? Can anyone spell sanctions ? 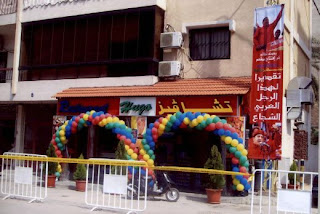 The lesson we learn here: sanctioned entities often depend upon third parties to achieve their goals; be alert that you do not unwittingly facilitate them. Mr. Chavez is laughing at you, Mr. New York banker. 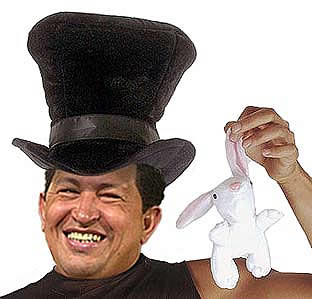