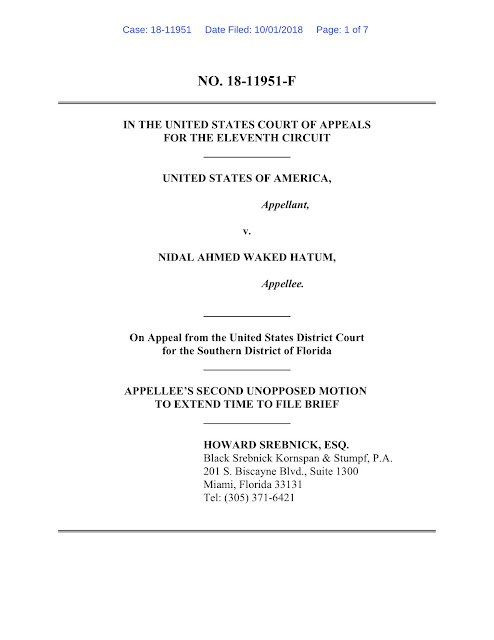 Nidal Waked Hatum,  a principal in Panama's Waked Money Laundering Organization, has for a second time, sought further delays in the US Attorney's appeal of the decision of the trial judge not to enter an Order of Forfeiture in his criminal case. Although Waked was convicted, and has served a short (27 months) sentence for money laundering conspiracy, the Court declined to enter a judgment for the $520m provided by statute, or even the $20m actually laundered.

Waked's counsel has alleged that his workload precludes his timely completion of his Brief of Appellee, and has, in support thereof, cited to two pending matters. The US Attorney has indicated no opposition to this, his second motion for aditional time, but we feel that time is of the essence, as grantingthge motion will give Waked additional time to transfer or secrete his global criminal proceeds, making their seizure more difficult, if not impossible.

I frankly do not buy the excessive workload excuse, for counsel for Waked has a number of highly qualified partners, any one of whom could prepare and file the brief. The whole thing fails the smell test, in our humble opinion. If the Waked Organization has investments in North America, which the US could reach with a forfeiture judgment, they will now have sufficient time to sell them, and transfer the proceeds. Delay often results in justice denied.

In addition, Sr. Waked does not appear to have learned any lessons from his criminal case, and as soon as he returned to his native Panama, a picture of him with his extended family appeared in the local press, and he is far from expressing remorse for his money laundering crimes. He reportedly is suing banks in Panama, and the Government there, for $165m, for liquidating his business holdings. Did he forget that he was convicted in Miami Federal Court ? Will that not be admissible evidence against him ? 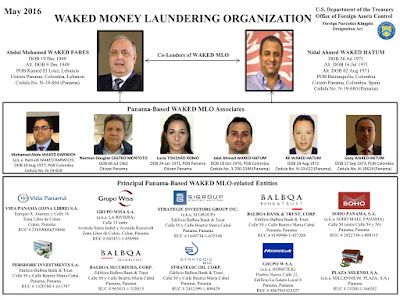