SHOULD YOU RAISE COUNTRY RISK ON HONG KONG ? 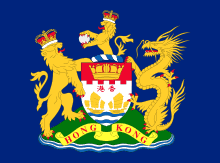 Hong Kong media is abuzz with the disclosure that the government's senior security official, Deputy Police Commissioner John Lee Ka-Chiu, in coordination with the territory's senior police chiefs, has blocked the distribution to the region's banks, of a warning about human trafficking-linked money laundering. The alert, entitled Combating Human Trafficking in Hong Kong and the Asia-Pacific Region, and prepared by a special task force, was allegedly blocked because it could lead to Hong Kong being labeled as a hub for human trafficking.

It appears that Hong Kong government is more concerned with suppressing negative news that could impact its financial and tourism sectors than combating money laundering. In that case, where the banks are being intentionally denied information of a critical nature, risk levels increase.

Conduct your own review of Hong Kong, and make a personal assessment on whether you wish to raise Country Risk for Hong Kong, but the facts speak for themselves.
Posted by Kenneth Rijock at Wednesday, October 31, 2018