IS THIS DOMINICA DIPLOMATIC PASSPORT IMAGE AN EFFORT TO DEFEAT FACIAL RECOGNITION SOFTWARE ? 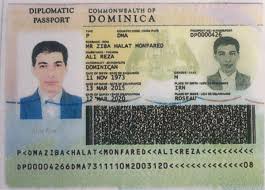 Take a close look at the image on this Commonwealth of Dominica diplomatic passport. You should recognize the face; it is Alireza Monfared, the suspected Iranian intelligence agent who, with Reza Zarrab, and Babak Zanjani, ran the multi-billion dollar Iran oil-for-gold sanctions scheme. He is currently being held, indefinitely, in a Tehran prison, facing the death penalty, after Iranian agents took him into custody in the Caribbean, on corruption charges.

Why is the image a drawing, instead of a photograph ? You can clearly see that his Iranian passport, which contains a photo, betrays the fact that the drawing is a little bit off from a true life image. 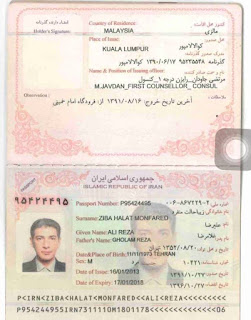 Now look at his son's Dominica CBI passport; even he has a photograph. 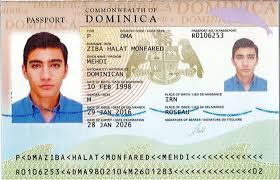 In fact, facial recognition software has been used, successfully, to identify unknown subject in some of the world's great paintings and portraits. Many paintings, over the course of time, pass through many hands, and in the case of some, the names of subjects, as well as minor figures, are lost. Facial recognition software is now employed to identify unknown faces in portrait art.


The next time some bright soul in the East Caribbean CBI states thinks that he can outwit facial recognition software platforms, through portraits, and color drawings, of dodgy CBI passport holders, he might want to reconsider.