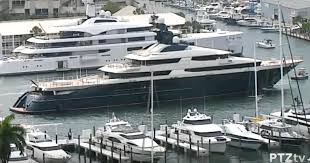 The mega-luxury Cayman Islands-registered yacht owned by fugitive Malaysian financial fraudster Low Taek Jho, more commonly known as Jho Low, has gone up for auction. Low, who with a number of associates stole $1.7bn from the Malaysian sovereign wealth fund called 1MDB, and whose arrest is being sought by law enforcement agencies around the globe, owned the 300 ft. yacht, which is complete with a swimming pool, and can accommodate 22 guests, and a crew of 31. He purchased it for $250m.

Low hold a Citizenship by Investment (CBI/CIP) passport from St Kitts and Nevis, and there have been multiple rumors that he is desperately seeking to travel there, where his extradition is extremely doubtful, given St Kitts' history of protecting its CBI passport holders. A number of dodgy Asians have acquired SKN CBI passports, and some have obtained refuge there, evading justice and the Rule of Law in the home countries. The country now has a number of individuals wanted elsewhere in residence, by virtue of their CBI passports and citizenship.

St Kitts appears to have some serious problems regarding the payments CBI applicants make to acquire their passports. Opposition leaders there have reported that the Government has blocked the release of a critical IMF report on the country's economy, said to expose the failure to send CBI money to the projects that are the intended beneficiaries of the program.