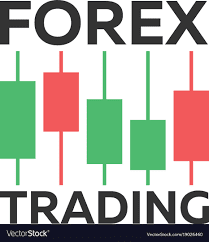 A recent case, involving foreign exchange (Forex) fraud illustrates the transnational, unregulated nature of an industry that, to date, has been able to evade meaningful law enforcement suppresion. A California investor, who had a small amount placed with a Forex company, was solicited by a high-power salesperson, who convinced him that he could reap a 50% return, and who therafter placed a large sum with the company. When he sought to access his "profits," he was then talked into sending even more money, so that he could "draw" on his money. As you might have guessed, he lost it all, over $180,000, according to a report.

These Forex firms, often run by career criminals and fraudsters, are generally:

(1)   Incorporated in one tax haven jurisduction, which is totally opaque regarding beneficial ownership of company stock, and in a different part of the world from the clients a/k/a victims.

(2) Qualfied to do business in a second dodgy jurisdiction, with frontmen on the documents there. You have no chance to obtain redress through that country's courts, due to rampant corruption

(3) Maintaining bank accounts in a third offshore financial center. This is also a placew where you waste your money attempting to get justice in court.

(4) the company's owners reside in a country that does not extradite its citizens, allowing them safe haven from criminal prosecution abroad. This makes them bulletproof from their victims' criminal claims.

If an investor intends to participate in Forex, he would be best served by engaging a firm in his own country, after making sure, through due diligence, that it is reputable and dependable. When investors are lured by puffing statements of overseas firms, boasting of huge profits, it is too good to be true.