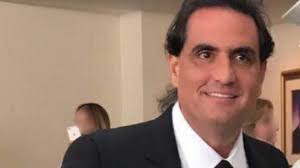 Our recent article,  Colombia arrests Accountant and Auditor of Alex Saab Morán, has generated an immediate reply from the Foreign Ministry of Antigua and Barbuda. Saab, who several investigative journalists, both in Venezuela and abroad, have accused of laundering the proceeds of corruption, for and on behalf of senior Venezuelan government officials, has never provided any proof that the transactions at issue were legitimate. Antigua claims that Saab has denied all allegations, but reports state that he is no longer in his native Colombia, and currently is living somewhere in Europe. We are therefore unable to verify whether the ministry was ever able to contact him, and assume that the denial it issued on his behalf was an unauthorized statement that purported to have come from Saab, but was merely a press release, attempting to place a spin on the arrests. There are close ties between senior Antigua government officials, and the corrupt Venezuelan officials Saab reportedly assists.

The ministry, through a spokesman, stated to Carribean media that Mr. Saab, who holds a diplomatic passport from Antigua, is an "Economic Envoy." Our research has failed to find that he ever attended any economic conferences on behalf of Antigua, or assisted, in any way, in any economic matter involving Antigua. Saab has never presented his diplomatic credentials, and has never been appointed, as a working diplomat, to any state or jurisdiction. His title, which appears to be void under international law, allows him to circumvent customs inspection upon arrival at many international airports in the developing world.

Therefore, his diplomatic passport fails to comply with the requirements of the Vienna Convention, to which Antigua is bound, by virtue of its membership in the United Nations. Some legal observers are wondering why Antigua has not, of yet, revoked Saab's Antigua diplomatic passport, but cite the fact that he has an extensive relationship with at least two financial institutions in the country, as the reason he, and his business, are welcomed there. He is just the latest in a long line of dodgy individuals who come to the attention of the authorities for the wrong reasons, and who hold Antigua diplomatic passports.