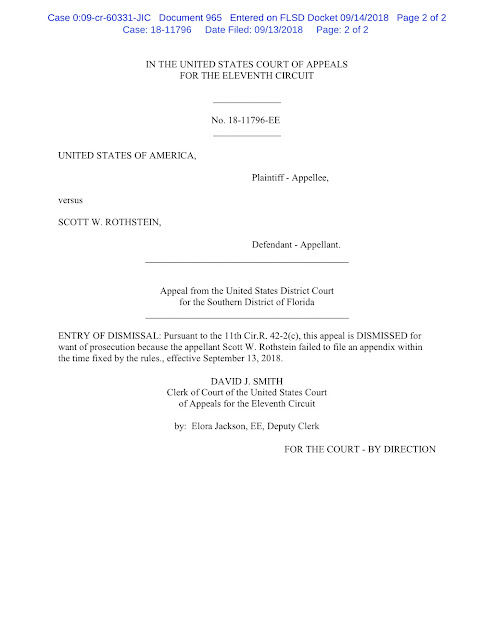 The Clerk of the Eleventh Circuit Court of Appeals has dismissed attorney/Ponzi schemer Scott Rothstein's appeal of the District Court's order granting the Government's motion to withdraw it's motion for reduction of sentence, and denial of the Defendant's request for an Evidentiary Hearing. The dismissal, which was on purely procedural grounds, for for failure to file and Appendix within the time required by the Court.

Counsel for Rothstein, the Fort Lauderdale attorney who sold bogus court settlements of sexual harrasment and discrimination claims to investors, in a sophisticated Ponzi scheme, where Rothstein and his staff actually forged court documents and judicial signatures, has sought to reinstate the appeal, which has already seen a number of prior procedural errors and mistakes. The Court has not yet ruled on this issue.

The Government's motion to withdraw its pending Rule 35 Motion for Reduction of Sentence occurred after Rothstein attempted to improperly assist his then wife, and others, to secrete and sell valuable jewelry, to avoid its sale to repay victims. Kim Rothstein and two other individuals were convicted for their role in that illicit activity. 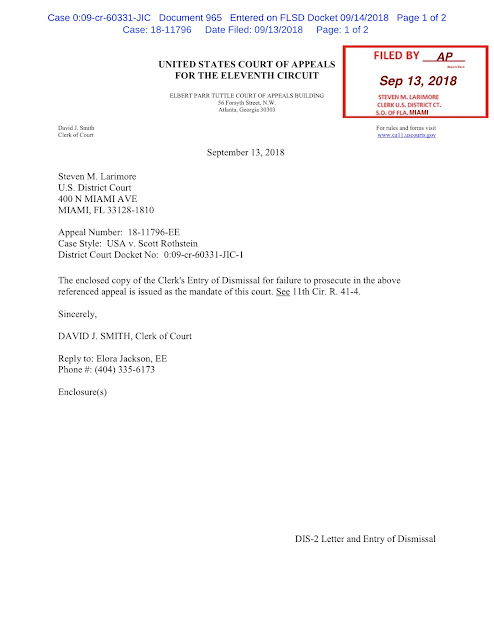 Rule 35 motions provide that the Government, in its sole discretion, may seek a reduction of an existing sentence from the Court, and that discretion is well-settled law, but Rothstein's counsel nevertheless sought to enforce the reduction, on the grounds that the motion failed to expressly provide for a method for its withdrawal. Rothstein, who has been in custody since 2009, and is being held in a secure location, drew a fifty-year sentence. While his official Release Date has not been published, a rough calculation shows him leaving Federal Prison sometime in the year 2051, at which time he will be 91 years of age. 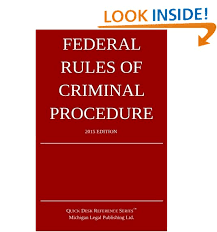