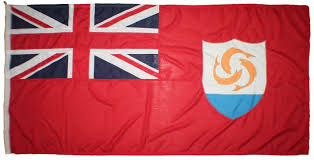 Some Anguillians are in opposition to the new Residence by Investment (RBI) program that the leaders of this British Overseas Territory are implementing, and warning of dire consequences for their island, which is a prime tourist destination, due to its famed beaches. While these individuals recognize that their country is in dire need of a major infusion of capital, they fear unintended consequences, of a negative nature, and not anticipated by local leaders, will damage their national image.

Here are some of the relevant issues that have been raised:

(1) The RBI program will, as it has in several of the East Caribbean CBI states, attract dirty money. Anguilla's failing indigenous banks, or successors spawned by a rush of illicit capital, might be tempted to take compliance shortcuts, and accept all of it. Will Anguilla's reputation take a hit, as has happened with Antigua and Dominica, when dodgy "investors" arrive, and are later arrested elsewhere for criminal acts. There are valid concerns that Anguilla will return to its sordid banking past, when narcotics profits swelled the coffers of local banks in the 1980s.

(2) The European Union (OECD White Paper) has taken a very dim view of Residence by Investment  programs in the Caribbean, for the legitimate reason that due diligence/enhanced due diligence is not being properly performed on applicants. Does Anguilla want to be lumped in with the five misbehaving CBI states, which Transparency International, in a recent analysis, suggested should lose their visa-free access to the EU ?

(3) Will some of the world's CBI consultancies and "migration consultants" find a way to convert their clients' RBI status into United Kingdom citizenship, using loopholes in existing UK laws ? We cannot say, but the threat exists. This may be a way that dodgy Russian millionaires make an end run around Britain's increased scrutiny of their visits, and efforts to reside there.

(4) Will bribes & kickbacks to public officials become the order of the day, corrupting local government ? We have seen what happens when corrupt leaders are in the pocket of unsavory elements in nearby Antigua; how will such an untenable situation be avoided, when criminal elements, attracted by RBI start throwing cash around.

All these concerns are valid, and we question whether Anguilla's leaders adequately address them, when seeking capital for their island 's needs.