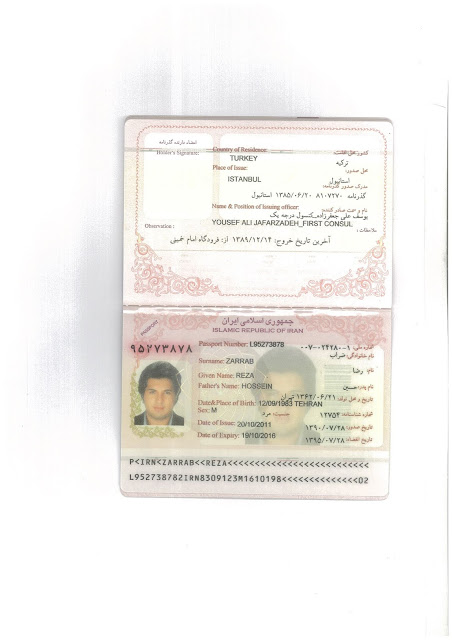 In order to further demonstrate the fact that compliance officers conducting Customer Identification Procedures on new accounts can no longer rely upon only name checks, we present the case of the oil-for-gold Iranian sanctions evader, Reza Zarrab, who, with his partners, scored billions of dollars for Iran in covert sales of sanctioned petroleum on the world market, in concert with Babak Zanjani and Alireza Monfared.

Zarrab, at the time of his arrest in Miami, had passports from several countries, including birth his native Iran, and Turkey, where he operated his illegal operation to turn gold into US Dollars. Take a look at his Iranian passport, above, and note that it bears his legal name in English. Now look below, at his Turkish passport, from the same period. his name appears there as Risa Sarraf. Remember that Zarrab's occupation was to supervise the illegal sale of sanctioned Iranian oil by his partners, and then to take the gold, which he had arranged to make available to purchasers, and convert it into dollars. 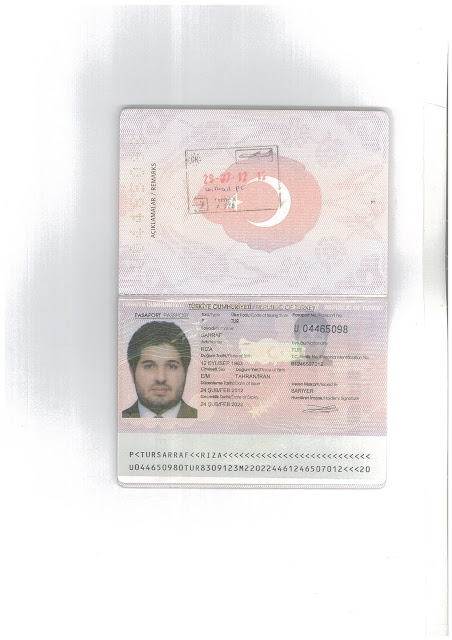 In one passport, he has a full beard, but in the other, he is clean shaven, which appears to a casual observer to be a complete different person. These identity documents reinforce the fact that name searches alone, by compliance, cannot be relied upon to conclusivelt prove identity; only through the proper use of facual recognition software platforms can this be accomplished with certainty.

Until and unless compliance officers universally adopt facial recognition software systems, criminals like Zarrab will beat them, every day of the week.
Posted by Kenneth Rijock at Friday, October 19, 2018