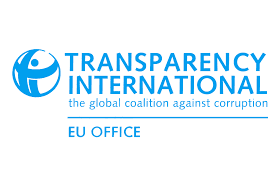 The NGO, who has consistently campaigned to eliminate opacity in international transactions, pointed out that the five east Caribbean CBI states do not publish the names of the passport holders, and conduct ineffective due diligence upon the applicants, resulting in criminals, as well as corrupt individuals, obtaining these prized international travel documents. This is a significant development, due to the fact that TI is well regarded for its efforts to expose flaws in international conduct resulting in non-transparency.

The major selling point for the CBI program  is that they offer visa-free entry to countries around the world, if the EU changes that policy, the value of these passports could seriously decline in the eyes of prospective applicants. The failure of the CBI states to publish the names of its applicants has been a major issue for compliance officers at international banks, who are seeking to separate CBI passports from legitimate, native passport holders. There is no legitimate reason to withhold the names of potentially high-risk individuals holding your country's passports.

Coming on the heels of the EU designation (or "blacklisting") of all the East Caribbean CBI states as high-risk, principally due to their CBI programs, it appears that the international community, public and private, is moving closer to regarding these passports as possessing a clear and present danger to countries that freely accept them, and currently offer visa-free entry to their borders.