As we have repeatedly warned would eventually happen, the European Union, acting through the OECD, has identified the five East Caribbean states with CBI programs, as constituting high-risk schemes. The Blacklist, which experts have warned might occur due to multiple failure of the CBI states to address misuse of tax residence, and their cooperation in assisting in hiding assets offshore, to escape the Common Reporting Standard (CRS), could seriously affect foreign investment, tourism, and trade.

Listed jurisdictions please note:  Removal from the Blacklist may require several years of proven local reform before it is granted by the OECD, if we take into account the efforts that were needed for removal from the FATF NCCT Blacklist.

All the five East Caribbean CBI states are on the list, entitled Residence/Citizenship by Investment Schemes:

Whether the OECD designations will affect the assessment of Country Risk on these jurisdictions by compliance officers at major international banks is not known at this time, but negative consequences are to be expected. Country Risk levels, though an individual appraisal by individual compliance officers, are based upon several factors, which include the jurisdiction's presence or basence from sanctions lists, or other indicators of high risk. 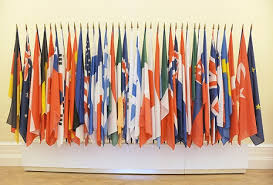 Additionally, increased De-Risking, meaning the termination of additional correspondent banking relationships at financial institutions located in North America, and in the European Union, may occur, especially due to existing risk-based compliance policies and procedures. Some EC states may lose all their correspondent relationships at a specific country as the direct consequence of the OECD action. One should not underestimate the impact of this decision of the European Union upon the jurisdictions designated as high-risk. Unfortunately, all of them had ample warning, but chose to ignore the probable consequences of inaction.