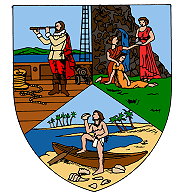 Jho Low, the Malaysian financial who stole billions from the state-owned 1MDB Fund, and who has artfully eluded arrest by pursuing Malaysian authorities, may be getting some assistance in his quest to flee to St Kitts, where his CBI passport will virtually guarantee extradition-free sanctuary. Low, who is Malaysia's Most Wanted Fugitive, is believed to have secreted many millions in SKN, so that he can spend the rest of his life in total luxury. St Kitts is home to a number of financial criminals wanted in their own countries.

According to Asian sources, Low, an addition to the 1MDB scandal, engineered the diversion of funds from the joint-Chinese-Malaysian infrastructure project, which Malaysia later cancelled. A number of Chinese government officials, who were allegedly the beneficiaries of bribes and kickbacks that Low stole from the financing, are believed to be helping Low evade Malaysian police agents dedicated to capturing him. Just how much due diligence did St Kitts CIP unit perform upobn Low's background, prior to issuing his CBI passport ?
Posted by Kenneth Rijock at Monday, October 01, 2018