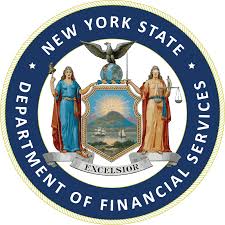 In my opinion, the most dynamic regulatory agency in the field of anti-money laundering is the New York State Department of Financial Services, which has compiled an impressive record against violators. It has aggressively gone after banks whose AML/CFT programs were ineffective; now the bar will be raised further, regarding sanctions lists issued by the Office of Foreign Assets Control (OFAC). The agency wants to reduce the risk that sanctioned parties will be allowed to conduct transactions, in the world's busiest financial traffic center.

Effective this year, Part 504 of NYSDFS regulations requires all financial institutions with branches or facilities within the State of New York to maintain robust transaction monitoring and sanctions screening (filtering) programs. These programs must be based upon technologies or tools for matching names and accounts. [See §504.3(b)] You may read all of Part 504 here.

To match the names, we must first confirm them, with absolute and consistent accuracy, given the unforgiving nature of computer-generated searches for sanctioned individuals and entities. In a world where rampant corruption and modern technology make the purchase of a legitimate passport, containing an alias, no names on passports can be relied upon by compliance, especially in the rarified atmosphere of the New York City Financial District, where billions of dollars move in international commerce.

The only effective solution is to verify client name, using an expanded Enhanced Due Diligence program, which includes confirming that the client's name is the same as the one in his passport, The passport photograph must be matched up with other available image resources, using a facial recognition software system. To be satisfied with anything less than that is, candidly, too high risk to be part of a risk-based compliance program. As more compliance officers adapt to the reality that images trump text searches, the use of facial recognition technology with become more universal.

Inasmuch the State of New York now demands that your transactions and sanctions screening programs utilize the latest technology, the use of facial recognition software platforms should be regarded now as no longer optional, but mandatory. Given the "take no prisoners" history of the NYSDFS, you are best served by following its directives.