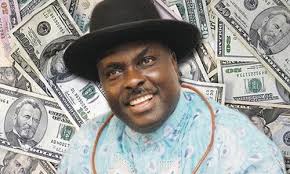 The money laundering conviction of James Ibori, who was the governor of oil-rich Delta State in Nigeria, has been affirmed by the Court of Appeals in the United Kingdom. Ibori pled guilty in 2012 to ten counts of money laundering and fraud, in a case involving a sum in excess of £50m, which was reportedly laundered in the UK. The defendant was sentenced to thirteen years of incarceration, and was released after having served one-half of the sentence.

The appellant based his failed appeal upon allegations that one of the police officers assigned to the case had accepted a bribe, in exchange for inside information about the conduct of the investigation. The Court held that the bribe was unproven and even if it did occur, it was instigated by Ibori, who could not rely upon it to obtain a reversal of the conviction.

The case is important as there have been repeated rumblings in the UK about the apparent ease which corrupt Nigerian Politically Exposed Persons (PEPs) have been able to launder the proceeds of corruption in Great Britain, accusing certain financial institutions in the City of Willful Blindness, due to the lucrative profits they have derived from illicit Nigerian wealth. We trust that the conviction, confirmed on appeal, will show that the UK Government is serious about suppressing Nigerian money laundering in London.
Posted by Kenneth Rijock at Tuesday, October 30, 2018