CBI CONSULTANCIES PUSHING BACK ON OECD ANALYSIS MISS THE POINT: THE PASSPORTS ARE DANGEROUS 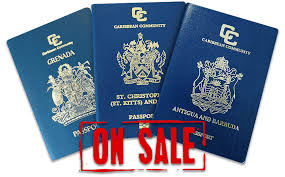 It was bound to happen; no sooner had the OECD issued its analysis and guidance on the risks involved in dealing with CBI and RBI passports, when CBI/RBI consultancies and advisories began their spin control. Unfortunately, all their scholarly responses miss the mark. The EU concerns about tax evasion are important, where tax revenue streams from their citizens are important for budgetary reasons, but there is a much more dangerous reason.

it is all about the lack of a "detailed and intensive due diligence process" on applicants for CBI and RBI passports. We have seen, time and time again, that known financial criminals, international sanctions evaders, fraudsters, and corrupt Politically Exposed Persons (PEPs) are magically approved, where even a two-minute Google search of the international press would have revealed pending issues which completely disqualify them for such passports and identity documents.

The CBI states, which have knowingly issued passports to one individual, in more than one name, have single handedly been responsible for a loss of compliance confidence in the truth and accuracy of passports names. The result is compliance officers cannot trust CBI passports, and have had to add facial recognition software systems to their Enhanced Due Diligence inquiries, to seek out the applicants' images on social media and social networking sites, to find out real names, and document it, to protect their bank from regulatory or law enforcement action for failing to conduct effective Customer Identification Programs. It is especially important now, given the recent actions to find compliance officers personally liable for avoidable errors.

There is already a move to find what reforms will satisfy the OECD, so that it removes the CBI/RBI states from its "Blacklist," much as was done in the past to respond to the FATF Non-Cooperative Countries and Territories (NCCT) Blacklist. We trust neither the OECD, nor Transparency international, who has also called out the CBI states for systemic deficiencies resulting in high-risk status, will be intimidated into backing off from its findings and recommendations.

We have long warned about the probability that there would be international push back if the CBI jurisdictions in the East Caribbean failed to implement needed reforms, regarding due diligence, corruption, and Conflict of Interest, but our statements were ignored. Perhaps now these issues will be taken seriously.