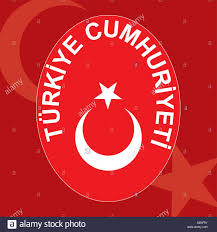 The Government of Turkey today announced that it has detained 417 individuals, under investigation on money laundering charges, for the movement of large amounts of foreign currency to the United States. Although few details are available, reports from Cyprus indicate that Turkish authorities allege that funds were mostly going to Iranian citizens resident in the United States.

Those arrested violated Turkey's criminal laws, as well as its laws regarding the financing of terrorism, according to reports. The funds were allegedly transferred through financial institutions, and through Automated Teller Machines (ATMs), and appear to have been "Smurfed" into accounts, in lesser amounts, through multiple deposits.

There is no indication of the political leanings of the recipients, who were not publicly identified, nor of the total amount Turkey claims were laundered and transferred to the US. The national currencies of both Iran and Turkey crashed this year against the dollar, but precisely why there was a massive operation, during the past year and a half, according to the report, is unknown. Iranians, unable to transfer funds through their sanctioned financial system, must report to intermediary countries, in order to transfer dollars into America, but the case remains a mystery, especially since Turkey has a history of using criminal charges for purely political reasons. There has been no release of any information on this case by American law enforcement agencies or financial regulators, which adds to the mystery.