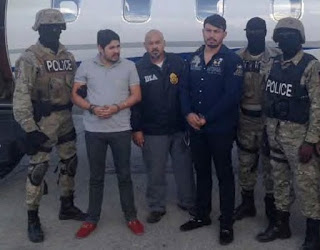 Buried in the New York case, in which two nephews of Venezuelan president Nicolas Maduro's wife are charged with major narcotics crimes, is an interesting detail. Both nephews sought to evade responsibility by stating that they held diplomatic passports, and therefore, they reasoned, they had diplomatic immunity. They were arrested for attempting to bring 1700 pounds of cocaine into the United States, through Haiti.

The Court dismissed their claims, as neither is a bona fide diplomat, neither accredited to Venezuela's Embassy in the US, nor at the United Nations. They never presented their credentials to the US State Department, and they have no assigned diplomatic duties anywhere. Most of the members of Maduro's inner circle have diplomatic passports, to impress and intimidate customs officers when arriving abroad, often with dirty cash or financial instruments. None of them qualify as diplomats, and as you can see, they were not accepted as such for any purpose in the US. The nephews were sentenced to eighteen years in Federal Prison.

The same thing happens in the UK, where arriving "diplomats" often turn out to be foreign nationals who have bought their diplomatic credentials from the leaders of East Caribbean CBI states, who supplement their income by selling diplomatic passports under the table, and hiding that fact from their constituents. Since none of these individuals qualify as diplomats under the Vienna Convention, their diplomatic passports turn out to be useless when they are arrested.
Posted by Kenneth Rijock at Wednesday, October 31, 2018