WILL REMOVAL OF US ATTORNEY IN NEW YORK MEAN MORE INDICTMENTS IN THE REZA ZARRAB IRAN SANCTIONS EVASION CASE ?


The newly-installed Attorney General of the United States, Jeff Sessions, has removed the sitting US Attorney for the Southern District of New York, Preet Bharara. It is Bharara who has been prosecuting the $400m Iran sanctions evasion case against the gold & oil trader, Reza Zarrab. Will a new prosecutor mean more indictments in this case ?

I make this point because the administration of President Donald Trump appears to be significantly more antagonistic to the regime in Iran than his predecessor, and you can expect the next US Attorney in Manhattan to share that position. While we do not know whether there are sealed indictments pending, in the Zarrab case, against absent or fugitive defendants, in the Middle East or elsewhere, such as Babak Zanjani, now facing the death penalty, or Arireza Monfared, the Zanjani partner extradited to Iran, whose possession of a Dominican diplomatic passport ignited a firestorm of controversy over the legitimacy, and possible corruption, surrounding his acquisition of that document, there may now be additional prominent defendants named, by Bharara's successor, who will want to demonstrate his resolve in prosecuting Iran sanctions violations.

One possible co-conspirator who may have ready been charge, or who could now be added, is the Prime Minister of Dominica, Roosevelt Skerrit, whose close relationship with Alireza Monfared, now facing prosecution in Iran on corruption charges, has rejected widespread calls for his resignation, or removal from office. Questions to ponder about PM Skerrit:

(1) Since Monfared's arrests and extradition, the Prime Minister has refrained from travel into, or through, the United States, even through his wife, and child, have apparently permanently relocated to his $2m condominium in New York City. Does he fear a sealed indictment may be waiting for him in Miami, at Customs and Border Protection ? He may be staying out of America upon advice of his counsel that the risk of possible arrest, and pretrial detention, is too high to ignore, for  what would be solely a social visit.

(2) Has Skerrit's US visa been revoked ? Pursuant to Presidential  Proclamation 7750, of January 12, 2004, foreign officials involved in corruption, will have their US visa revoked, and barred from entry. This happened with the then-Prime Minister of St Kitts & Nevis, during their disgraced Citizenship by Investment scandal, and who has never had his visa restored since, even after he left office. Whether Skerrit has also had his visa revoked cannot be determined, as US privacy regulations do not allow that information to be publicly disclosed, but it may explain his strange failure to visit his family.

(3) Is there any truth to the story, roiling around Dominica this week, that the Internal Revenue Service (IRS) served some sort of warrant upon Skeritt's wife, at their secluded New York City luxury condominium ? Remember, they own that unit through a Delaware corporation, which generally is an attempt to hide the identity of the beneficial owner. If there are money laundering issues, arising out of the Source of Funds used for the purchase of that real estate, other possible charges could be filed. 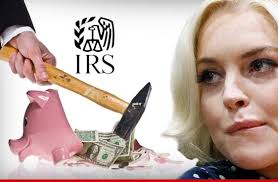 We await the naming of USA Bharara's successor, and wonder aloud whether that individual will widen the scope of the case, and whether it will name additional defendants from the Caribbean, be they senior government officials, Citizenship by Investment officers, or even local bankers or attorneys.