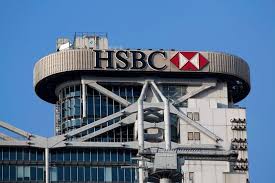 HSBC continued to hold fast to its appellate position, at the long-delayed oral argument of the appeal of its efforts to block public release of the court-appointed Monitor's Report, on its efforts to repair its failed global AML/CFT program. Unfortunately, the United States is supporting its efforts to reverse the lower court decision, ordering the unredacted report released.

The bank, in its argument before the Second Circuit Court of appeals, again put forth its argument that, release of the report would cause HSBC staff to reduce their cooperation with the Monitor, as they feared their names, and/or specific departments, and details of their AML/CFT failures would name & shame them, and possibly result in civil suits against them, or even violent attacks, by now penniless HSBC customers, who depended upon the bank's AML expertise.

The bank's argument fails to take into the fact that HSBC senior staff will all see the document, and take disciplinary action, irrespective of whether the public sees the report. HSBC's other argument is also disingenuous; it states that, since the original Deferred Prosecution Agreement provided for confidentiality, the District Judge had no authority to order the report unsealed. In response, some have cited the Court's inherent powers.

We have previously noted that HSBC's appellate filings delayed the speedy progress of the appeal, and dated the public review of any report, from last year, until later in 2017. The bank's position on this vital subject will only result in increasing distrust of the bank, on the part of the global compliance community, who definitely will now avoid hiring any ex-HSBC compliance staff, because they cannot identify who was engaged in allowing massive drug profits to flow into the bank, from Latin America, and who knew about it, but failed to report it.