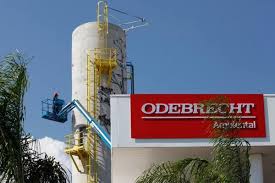 Prominent Panama City Attorney Sydney Sitton, who is part of the defense team representing the fugitive former president of Panama, Ricardo Martinelli, has, in a filing with the government, named individuals and corporate entities that he alleges laundered bribe money, paid by Norberto Odebrecht SA, the Brazilian construction giant that may have paid as much as $59m, to Panamanian government officials, to obtain construction contracts in the Republic.

While you are cautioned that there is no independent confirmation that any of these named parties was involved in money laundering, risk-based compliance policies do require that, when such allegations are publicly made, you inquire, to ascertain whether you are banking any of these individuals or corporate entities. The list can be found here.