IS THERE A NEW INDICTMENT IN THE REZA ZARRAB CASE ? 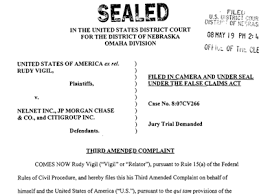 Since the District Judge in the Reza Zarrab Iran sanctions evasion case, pending in New York City, denied the Government's motion to disqualify some of the defense counsel, for conflict of interest, filings in that case have been minimal. Outside of a request to authorize payment, for an affiliated attorney who has expended a couple of hours, which was granted by the Court, there have been no filings of pleadings, but a new one has received my attention.

A sealed filing of a document in the case occurred yesterday. Give the total lack of record activity of late, there are a number of interesting possibilities, regarding that filing, which is not electronic, but appears as a hard copy, and is placed in the court's vault for safekeeping. Only a very limited number of court staff have access to sealed documents.

What is in the document ? Here are a number of the most likely possibilities:

(1) A new sealed indictment has been issued. Grand Jury Indictments remain sealed, until the defendant is in custody, which means, if he or she is outside the United States, it will remain so, until arrest and/or detention for extradition. A number of individuals in Dominica, including government officials, agency staff, and professional advisors, could be named as well as targets located in the Middle East. 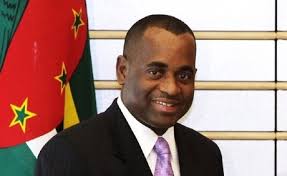 (2) A plea agreement may have been filed; it is possible that Zarrab have entered into a negotiated plea with the US Attorney's Office, and that agreement has been reduced to writing. Some Turkish media are claiming that this is now a real possibility, since the existing US Attorney has been terminated.

(3) National Security documents may have been filed; there is a chance that documents, regarding Iran, which affect the national security of the United States, or are classified for any reason, were filed.

(4) A new defendant/target has cooperated, and his Information is sealed to prevent others from fleeing to avid prosecution, to protect the cooperator's family, or to in some other way endanger law enforcement, or cooperating individuals overseas.

Whatever in in that sealed document, we shall continue to monitor all developments in this case, as they occur, as well as commentary upon the matter, from the Middle East and the Caribbean region.
Posted by Kenneth Rijock at Thursday, March 23, 2017