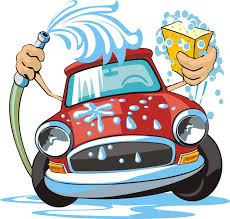 Eight other major Panama City law firms have been named, for their role in the Odebrecht/Lava Jato (CarWash) bribery scandal. Apparently, these firms all formed corporations linked to the payment of bribes, by Norberto Odebrecht SA, the Brazilian construction company, to obtain lucrative government contracts in Panama. Some of the corporations facilitated the hidden payments, while others were involved in laundering the criminal proceeds.

While the names of these law firms, some of whom are among the oldest and most prominent in the Republic of Panama, may give foreign investors pause, when choosing whom to engage in legal representation, it is not known which lawyers knew the companies were obtained for an illicit purpose, and which were kept in the dark, by their clients, who were high-level government officials in Panama. Nevertheless, the principal law firms in Panama may now find themselves under a cloud, due to the scope of the $59m bribery scandal, which has reached into the private dealings of both present, and former, government officers, including some at the highest level.
Posted by Kenneth Rijock at Monday, March 13, 2017