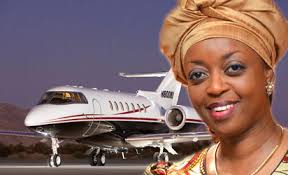 Investigators probing the corruption case of former Nigerian Minister of Petroleum Resources, Diezani Allison-Madueke, who allegedly stole billions of dollars from the Nigerian National Petroleum Corporation, NNPC, have been wondering whether she secreted any of her misappropriated wealth in Dominica. While Nigerian government officials seized over $150m, in dollars, and Nigerian currency, they believe that Allison-Madueke was able to spirit billions overseas. $20bn is the estimated amount that she allegedly misappropriated, and she reportedly personally retained $6bn.

The then-fugitive former oil minister, who obtained a Dominican diplomatic passport, reportedly facilitated by Prime Minister Roosevelt Skerrit, had the passport among her possessions, when she was arrested in the United Kingdom, for money laundering. Her trial is scheduled for June. Whether she used the passport in international travel, to avoid identification as a Nigerian PEP, is not known.

Sources in the UK advise that Allison-Medueke was introduced to Skerrit by Baroness Scotland, a close friend of Skerrit, and that the former oil minister asked Skerrit where she could hide her "flight capital." For that reason, the question remains: did Allison-Madueke deposit stolen millions in banks in Dominica, or otherwise "invest" some of her assets in that country ?
Posted by Kenneth Rijock at Tuesday, March 14, 2017