THE CARIBBEAN CORRESPONDENT BANKING CRISIS: IT IS NOT ABOUT PROFITABILITY 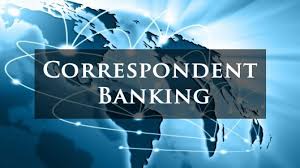 Some of the commentary surrounding the origins of the present situation, regarding the large number of correspondent banking relationships terminated by American financial institutions, has centered upon the large number of Caribbean banks that have reportedly lost their US corespondents, and two of the major reasons cited, as a park of the so-called "de-risking" process, are the lack of profitability for onshore banks, and increasing compliance costs, regarding their correspondents.

While all financial institutions focus upon earning a profits for their shareholders, the primary reason, if the truth be known, for terminating correspondents in the Caribbean region has to do with the risk-based compliance program American banks must follow. American banks have, for decades, worked with their Caribbean correspondents, in many cases, where the amount of business between them is relatively small, but the arrangement serves, not only the Caribbean banks' customers, but the American institutions' as well. It is all about risk management; the profitability reason merely seeks to soften the blow of loss of correspondent for business reasons, but it is not accurate.

The  risk-based approach to compliance demands that, where risk levels cannot be reduced to acceptable levels, the relationship becomes a liability, and is to be terminated. For that reason, the Caribbean banks must institute their best, and only, response to the challenges, and that is to implement a KYCC program, which will then restore confidence, on the part of the North American bank, as it will reduce risk to not only a manageable level, but to all intents and purposes, eliminate it, when it comes to the caribbean bank's customers.

Readers who have not read all my recent content on the subject of KYCC are invited to access it here.
Posted by Kenneth Rijock at Wednesday, March 15, 2017