WHERE IN AMERICA IS THE PRINCELING, BO GUA GUA ? 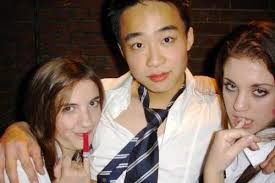 Bo Gua Gua, the son of a prominent (and utterly corrupt) former Chinese government official, who, together with his wife, will probably spend the rest of his life in custody, for poisoning a British businessman, is nowhere to be found. We are wondering where he is at present, somewhere in the United States, with probable access to millions in criminal bribery proceeds. What exactly is he doing in 2017 ?

You may remember that Bo, who received a top-drawer education, in both the UK and the US, was attending Columbia Law School, class of 2016. The problem is, he is NOT listed with his graduating class, on the Columbia website. Did he drop out of law school? Why did he fail to complete his studies in the normal three years (which is unusual for full-time law students), and why is there absolutely nothing about him since June 2016, in the global media ? Yes, I tried using the alias Bo used, during his student days, to conceal his true identity, but no luck with my research.

Yes, I know the US Government often coddles these "princelings," the children of senior Chinese Government officials, keeping their identities secret from their fellow students, less they be asked about their nations's Draconian anti-freedom actions, but where in the world is this young man, said to have access to his parents' dirty money, and is extremely arrogant, and rude to one and all ?

Some commentators says he drove some sort of bargain with Chinese authorities, resulting in their decision to leave him alone, but where is he banking all that illicit wealth ? We do not want it in financial institutions located in the United States. Perhaps his public relations firm will respond to this article, and disclose his current location, and activities.