KOKOREV STILL BEING DETAINED, ALTHOUGH POLICE CERTIFY THAT THERE IS NO CASE PENDING 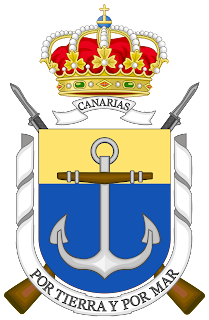 After eighteen long months, the Russian businessman, Vladimir Kokorev, and his wife and son, remain in illegal detention in the Canary Islands, notwithstanding that the Spanish Police have certified that they are not now, now have they ever, been under investigation, on alleged money laundering charges, there. The issuance of a certificate of good conduct, which was issued after an investigation of all the country's judicial districts, is yet another confirmation that their detention, supposedly as material witnesses, is contrary to Spanish law, and supports Kokorev's counsels' assertion that they are being held for purely political reasons.

Many legal observers have concluded that the Kokorev family are victims of human rights violations, due to the fact that powerful economic interests in Spain reportedly want them to give false testimony, in a criminal matter, against the president of Equatorial Guinea, with the object of driving him from office. Oil was discovered in EG, after it became independent from Spain, but American oil companies have been participating in the country's lucrative oil industry. Certain Spanish companies have reportedly sought to remove Obiang from office, with the object of inserting a cooperating expat in his place, and securing the oil business for themselves.

A member of the judiciary, in the Canary Islands, has classified the case where Kokorev is the purported material witness, so no information can be obtained by counsel, or the media, though no legal grounds can be found for this decision, which appears to deny Kokorev's attorneys access to sufficient information, as is necessary, to obtain his release from custody, on civil and human rights violations.
Posted by Kenneth Rijock at Thursday, March 09, 2017