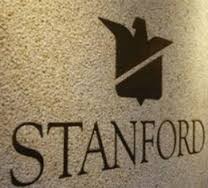 Gilbert Lopez, the former chief accounting officer at the Stanford Financial Group, appears to still be seeking to evade the 20-year sentence that a District Court Judge handed down to him, for structuring sham transactions, and preparing bogus annual reports. Having lost at trial, on appeal to the Fifth Circuit, and having his cert petition denied by the US Supreme Court, he has exhausted all his appellate rights, but he has made one more filing, this one Pro Se.

Mr. Lopez now has the temerity, in a Section 2255 Petition, to claim that his trial attorney was guilty of ineffective assistance of counsel, for allowing him to go to trial, instead of permitting him to decline a 7-year plea agreement. Lopez claims that his attorney did not advise him of the possible consequences of rejecting the plea, of the strength of the Government's case, and of the fact that, due to the amount of money involved in the Ponzi scheme, his Guidelines sentence was life in prison.

Personally, I cannot believe that his counsel did not recommend that he accept the plea; I would venture a guess that Lopez' arrogance made him reject his own guilt, and, believing that he would prevail at trial, decided to take his chances at trial. This is what happens when you make a wrong tactical decision, and do not rely upon your attorney's expert advice. Remember, criminal defense attorneys are usually good judges of the weight of the prosecution's case, and their counsel should be followed.

Let justice prevail; the vast majority of these 2255 cases fail, because the defendant's failed to assert their defenses on appeal, and there is no legal excuse for this procedural error. Lopez cannot go to trial, and after losing, and losing on appeal, then come in and say his lawyer was ineffective, and ask for the 7-year sentence he initially, and unwisely, rejected.
Posted by Kenneth Rijock at Wednesday, March 08, 2017