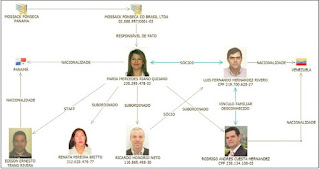 María Mercedes Riaño, the Mossack attorney who was the director of the law firm's Brazil office, has confessed the firm's sins, in sworn testimony that is in direct conflict with its public statements. She stated:

(1) The Mossack firm intentionally sold opaque companies to clients from FATF/OECD jurisdictions.
(2)  The firm formed companies for the specific purpose of acting as intermediaries, to funnel illicit client funds to corporations domiciled in blacklisted countries.

The attorney disputed the Mossack statements, to the effect that the firm did not know what the companies it for for client were created for. She said they knew that they were creating sophisticated vehicles for tax evasion. She also admitted that the firm knew who the beneficial owners were, and where the money had come from.