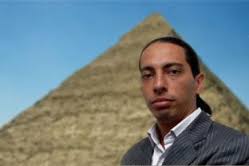 A Colombian attorney, representing the convicted Pyramid/Ponzi schemer, says that David Eduardo Helmut Murcia Guzmán, the Colombia Bernie Madoff, who stole millions from Colombians, and was sentenced to prison in the US, will be deported home later this year, after his American prison sentence is completed. Murcia was given a 20-year sentence in Colombia, where he only served a small portion, before being transferred to the US, meaning that he owes Colombia a lot of prison time,

The announcement, of his future deportation to his native Colombia, conflicts, however, with repeated rumors that Murcia was placed in WitSec, the Federal witness protection program, and has already been released. Some unverified reports have him outside the United States, and seeking to recover money misappropriated from him, when he was summarily arrested in Panama, and deported to Colombia, against Panamanian criminal figures who stole from him.

Murcia, who was incarcerated in a local jail, rather than the Federal prison system, is believed to have been cooperating with American law enforcement for years. The millions of dollars he stole, in his DMG Ponzi scheme, grew to billions, which was sent to Panama, and much was reportedly FARC drug profits that he was allegedly laundering, by purchasing real estate units in Panama, financing building construction, and through other means of placement of the proceeds of crime.

So, which version is correct ? Is Murcia a free man, hidden somewhere in the America, in WitSec, or has he been serving out his sentence in a small jail in the northeast US ? We cannot say, but eight months from now, when his sentence expires, we will learn the truth.
Posted by Kenneth Rijock at Thursday, March 16, 2017