HOW MANY INDIVIDUALS CARRYING DOMINICA DIPLOMATIC PASSPORTS COME FROM COUNTRIES THAT ARE STATE SPONSORS OF TERRORISM ?

If you are following the news from the United States today, you know that President Donald Trump has banned entry to individuals from a number of countries in the Middle East. Those also happen to be the same countries where purchasers of diplomatic passports of Dominica hail from. It is a further coincidence that these countries are also State Sponsors of Terrorism, a designation that the United States does not impose without just cause.

How many were quietly issued ? One Dominican witness saw the serial number of 0000450, on one diplomatic passport. That means as least that many have been issued; subtracting 250, for legitimate Dominican diplomats, their families, servants and clerical staff, that leaves at least 200, issued by the Skerrit government. How many were issued to Iranians we do not know, but those passports allow spies, sleeper agents, money launderers, and purchasers of dual-purpose goods, to cross international borders, including into the US, with impunity. 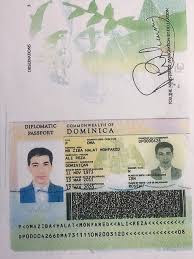 Here's the list of State Sponsors of Terrorism, that also happen to be on today's Trump list; why on earth would a leader of his country allow potential terrorists and money launderers, to run around the globe on his country's Diplomatic passports, unless his greed, and that of his associates, knows no limit ?